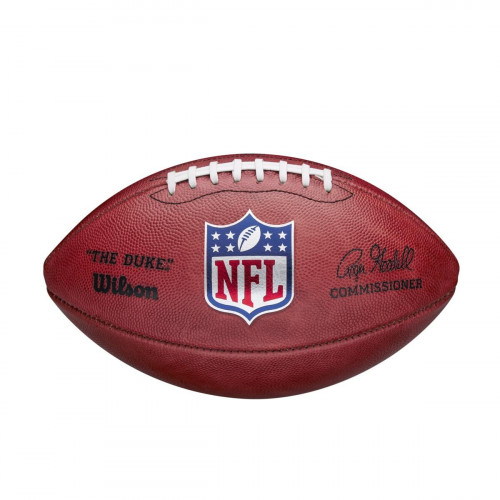 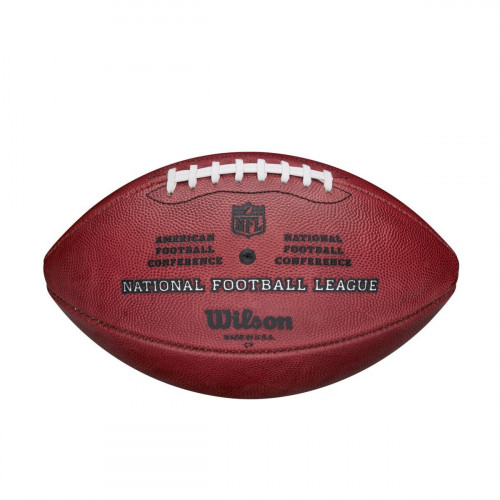 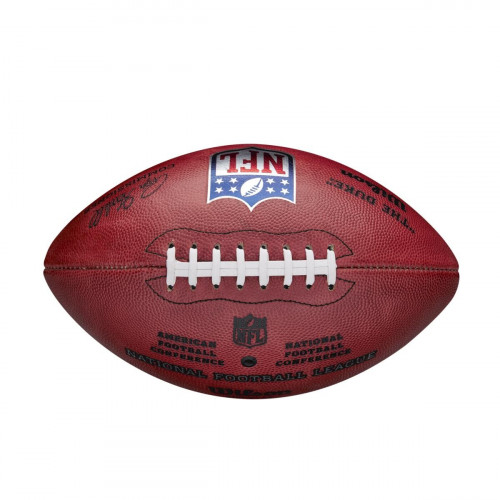 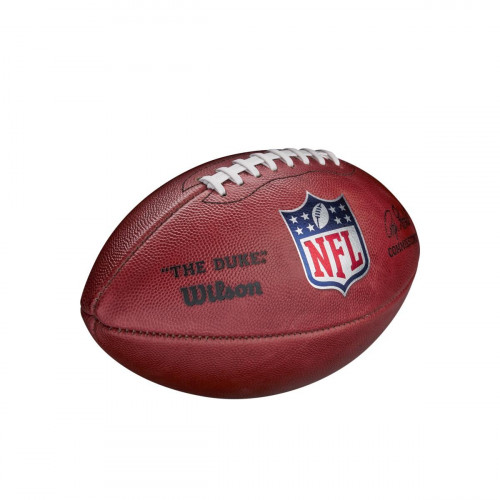 NFL Game Day Footballs sind die letzten per Hand hergestellten Bälle der USA. Hergestellt werden sie in der Wilson Football Fabrik in Ada, Ohio.
The Wilson football has been the football of choice by the National Football League for over half a century. NFL game day Wilson Footballs are hand-made at Wilson's Football Factory in Ada, Ohio, the worlds only dedicated football factory, and must pass 12 quality control inspections before it is ready to be used on the field.
Now Wilson Sporting Goods and the NFL have announced the first re-branding of the league's official football since 1969. The "Official NFL Game Day Ball" will become "The Duke" in honor of the New York Giants football legend Wellington "Duke" Mara. Mara, who passed away in October, 2005 at the age of 89, dedicated virtually his entire life to his team and the NFL in a variety of capacities.
"The Duke" "Official NFL Game Day Ball" is the same football the best players in the world have come to expect from Wilson. In terms of design, construction and performance "The Duke" is identical to the previous NFL F1000 game day ball. However, this 2006 game day football sports a new appearance. The NFL logo has been replaced by a shield bearing the NFL name. Additionally the F1100 carries "The Duke" name and Roger Goodell's signature as the new NFL commissioner.
The Wilson NFL football features a top quality leather cover, tanned-in tack, built in tackiness that keeps the football grip-able after extended use, and a patented 3-ply VPU bladder made in the USA to provide the best durability and air retention.
In addition this ball features three layers of lining that are hand stitched to the panels to allow the ball to maintain its shape, a lock-stitch construction to guarantee that each stitch is independent of each other and to ensure against unraveling at the seam, and double-lacing which reinforces and raises the laces for an enhanced grip when passing.
* Wilson Official NFL Leather Game Day Football - "The Duke"
* Roger Goodell - The new commissioner since 2006 signature
* Top quality leather cover
* Tanned-in tack, built in tackiness
* Patented 3-ply VPU bladder
* Three layers of lining
* Lock-stitch construction
* Double-lacing